Why are you doing it?

It’s a question I have heard from many people since it became public knowledge that I, along with SMISA, was trying to take over St Mirren Football Club.

So why would a relatively successful and relatively sane businessman give up on his burgeoning air miles collection to pilot a football club in Paisley?

My history with St Mirren started in the Alex Ferguson era when I was a regular home and away supporter on the Tudor and then Bridge Street buses.

Over the years my attention turned to playing amateur football but I always remained a fan. Then, many years later and after a chance conversation on the golf course, I suddenly found myself on the club board!

My main remit was to oversee the design and construction of the new stadium assuming we could persuade the local council and a major supermarket chain to help realise that dream.

I also did the general manager’s job for six months before Brian Caldwell's appointment when we reached the SPL. In that time we managed to get the deal signed with Renfrewshire Council for our future training ground. 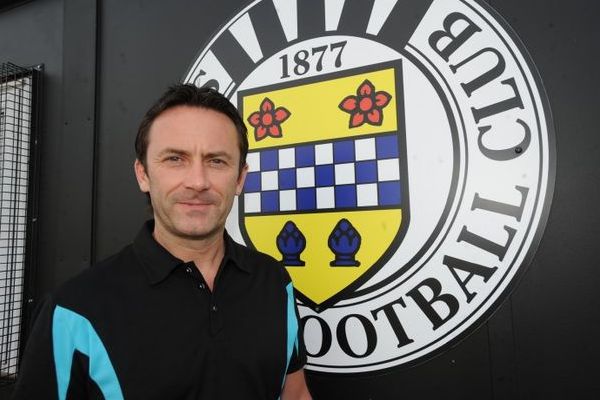 When we eventually got the nod for the stadium to start I set about visiting numerous other grounds to get ideas for our new home. I then set about tweaking the design in conjunction with the construction team appointed by Tesco to create the best possible stadium with the funds we had.

Some people say the new stadium has no soul but I always felt it just needs to evolve into our new home, just as Love Street did. That little job is high on the to-do list.

And to return to the original question of why?

I am a joiner, started Laidlaw Scott in 1992 and sold it in 2006. Spent a couple of years on our stadium, formed a property company in Las Vegas and a construction company in southern Spain and recently joined the board of the charity Football Aid.

But you know what? The thing that gave me the most satisfaction in my working life was my time with St Mirren and especially the stadium construction.  When I go to a game or drive past the stadium it gives me an enormous sense of pride to see what I helped to build.

My desire is to see us back where we belong at the top table of Scottish football and I firmly believe I can help achieve that, and then successfully deliver this club into the hands of the supporters.

St Mirren is a community club and it is important that we continue to run the club in the prudent way it has been for the last 20 years. But it is also important we bring a new business dynamic and fully empower the supporters to help take the club forward.

Personally I need a new challenge in life and I think it is time I started to give something back to the community. This fits the bill perfectly on both counts and would be a life-defining achievement.

Make no mistake, this is a massive ask of all St Mirren supporters, but we felt it was our duty to provide a vehicle by which supporters had the opportunity to ensure our club remained under the control of St Mirren people.

We are confident that this is the best deal we could possibly achieve for both the football club and the fans.

However, it can only happen with your support. We have a wonderful chance to not just preserve our history but also form the future of our football club together.

Unless Armageddon beckons for our club, we won’t get another chance to do this. Let's not let the opportunity pass us by.
Click To Sign Up Now