Welcome to the latest update from the trust committee.

Members are reminded tickets are now on sale for our next event – the St Mirren Quiz in the hospitality suite at the stadium on Friday 23 June from 7.30pm.

This will be a chance for all fans to test their Saints knowledge against fellow fans, as well as players and staff past and present.

We are working on having a team of club legends as well as a team of current staff and players – we are hoping Jack Ross will be able to join us on the night.

Tickets are now available on general sale for £5 via this link. All proceeds from the night will go to St Mirren’s youth development.

Plus (£25 per month) and Premium members are entitled to a free place for the event and if you haven’t yet claimed yours, you can still do so by emailing [email protected]

A pay bar will be available on the night and there will be Saints-related prizes to be given out. However the terms of the licence means the event is only open to over-18s.

The exact number of teams will be worked out on the night but you can either form a team with a group of friends, or smaller groups could be combined into bigger teams.

We look forward to seeing as many of you as possible there for what should be a great night.

Our membership numbers remain stable, at 1,291 at the end of May. As always, we would stress that while trust finances remain healthy, we need your continued support to achieve the ultimate aim of a majority fan-owned club.

The more members we have, the stronger the trust is. We will be working on a few initiatives over the next few months to spread the word about the benefits of membership and to increase our numbers.

One of the projects our members voted to spend some of the £2 members pot from April on was for SMISA to sponsor a Renfrewshire-based youth team’s kits for the coming season.

We had a number of teams put themselves forward to go into the draw to receive the £700 sponsorship and the draw – conducted by Jack Ross this week – saw Renfrew BC 2005s come out of the hat. Jack is pictured with SMISA’s Kenny Morrison after the draw 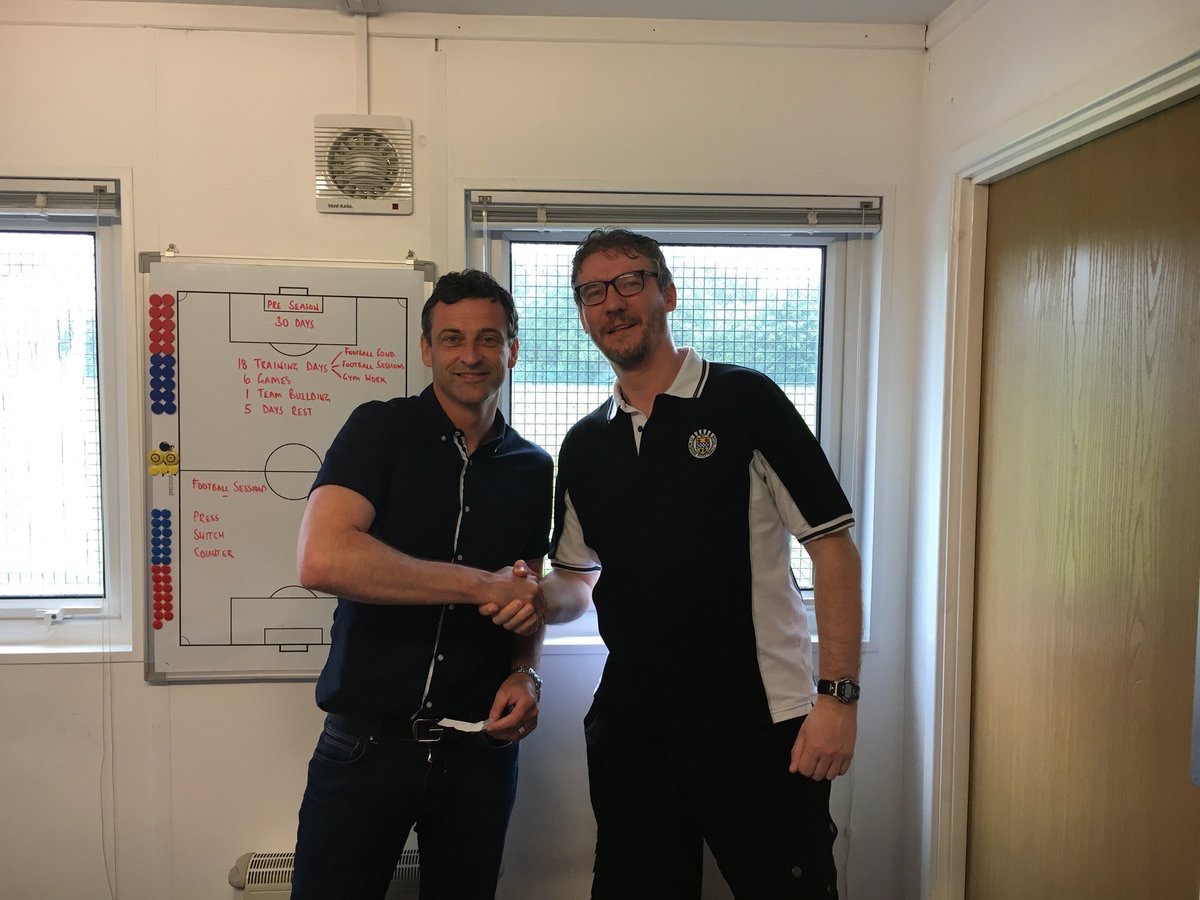 The club will be able to spend the money on new kit which will carry a SMISA sponsor’s logo and we will look to involve them with St Mirren where possible.

We are working on the two other projects agreed as part of the April spend – the replacement of the hall of fame boards in the ground, and a community season ticket scheme – and will update on both soon.

The July spend is almost upon us and we have a number of possible projects we will be able to put before you, with that email to come out in a couple of weeks.

If anybody has an idea they would like us to look into for possible inclusion in this or a future ballot, please send it to [email protected]

The SMISA committee has had a slight reshuffle of roles and responsibilities. The main one is that John White has stepped aside as secretary – a post he has held for a number of years.

John has been involved with SMISA since its start in 2002 and his contribution in that time has been absolutely immeasurable. If not for John and a couple of others who carried the organisation for years, there would have been no SMISA through which #BuyTheBuds could have happened.

Having recently been appointed as one of two Supporter Liaison Officers by the club he has stepped aside from the role of SMISA secretary for workload reasons. However, John will still continue to attend SMISA committee meetings and play a key role in the trust.

The committee have appointed David Riley to replace John as secretary. David has been involved with the committee since last year and brings substantial organisational experience from his role as a senior manager in the airline industry. David can be contacted on [email protected]

The committee have also appointed Louise Swanson to serve as admin secretary and her help to take on some of the group’s workload is greatly appreciated by the others.

The rest of the committee are pleased to have David and Louise on board and look forward to working with both.

As always, if anybody has any questions, please get in touch via [email protected] and we will come back to you.