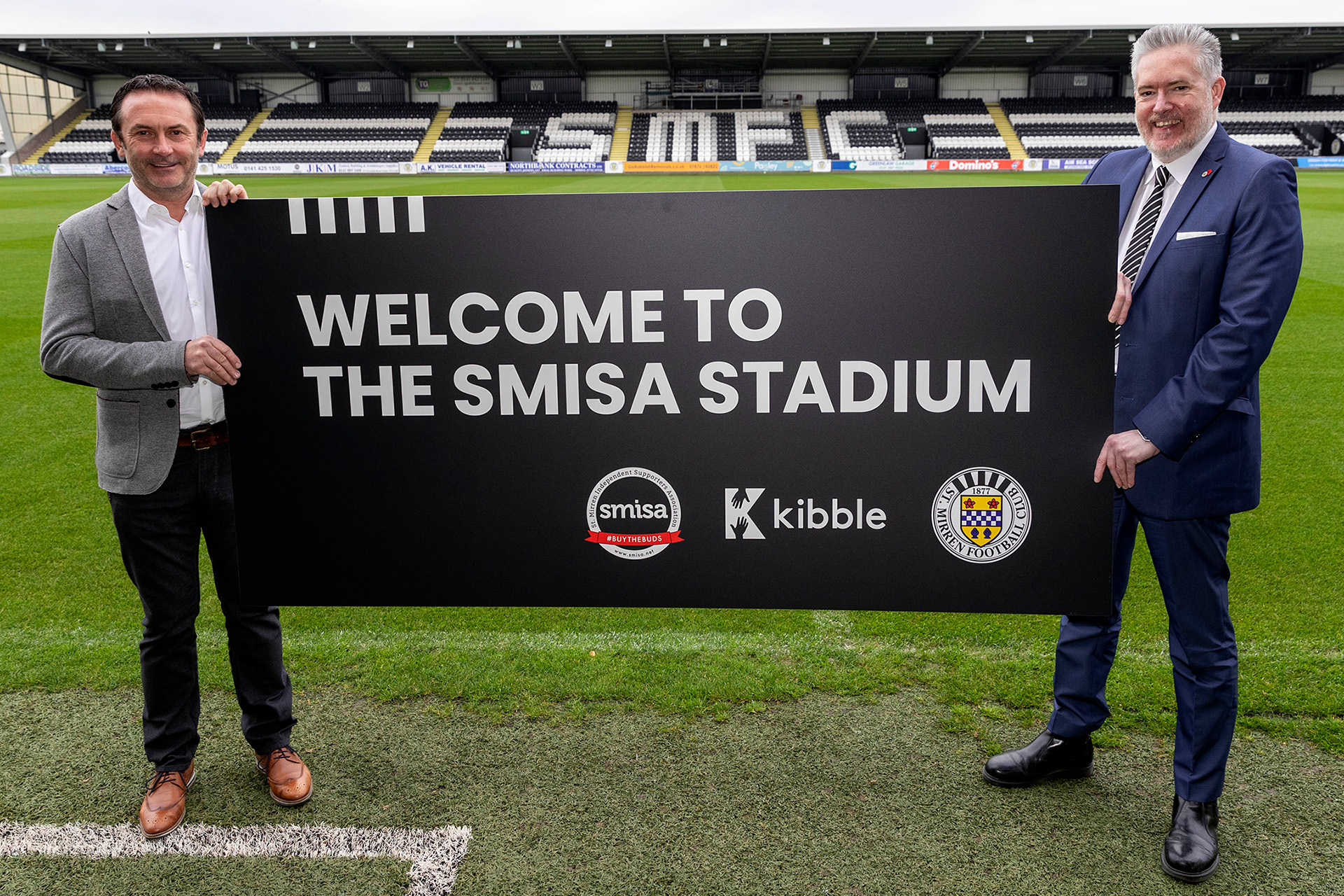 The idea to rename the stadium came from St Mirren director Jim Gillespie who, along with the rest of the club board, wanted to both thank SMISA members for their ongoing financial support and also to help raise SMISA’s profile as the transition to fan ownership in the summer of 2021 entered its final stages.

The name (utilising the acronym for the St Mirren Independent Supporters Association) was chosen by the SMISA committee and agreed upon by the St Mirren board for its simplicity but also because it would give additional prominence to the SMISA name in the media and beyond.

This has been St Mirren’s base since 2009 when the club moved from their traditional home on Love Street to a purpose-built new arena on Paisley’s Greenhill Road.

After a difficult few years as the team took time to adapt to their new surrounds, the 8000-seater capacity stadium has become increasingly popular with the supporters whose vocal backing helped the team avoid relegation to League One in 2017, seal promotion to the Premiership a year later and then win the decisive relegation play-off the following season to maintain their top-flight status.

Plans are already under way to make increased use of the stadium’s facilities and potentially to add to them to create additional revenue to help the club progress and remain competitive on the pitch.