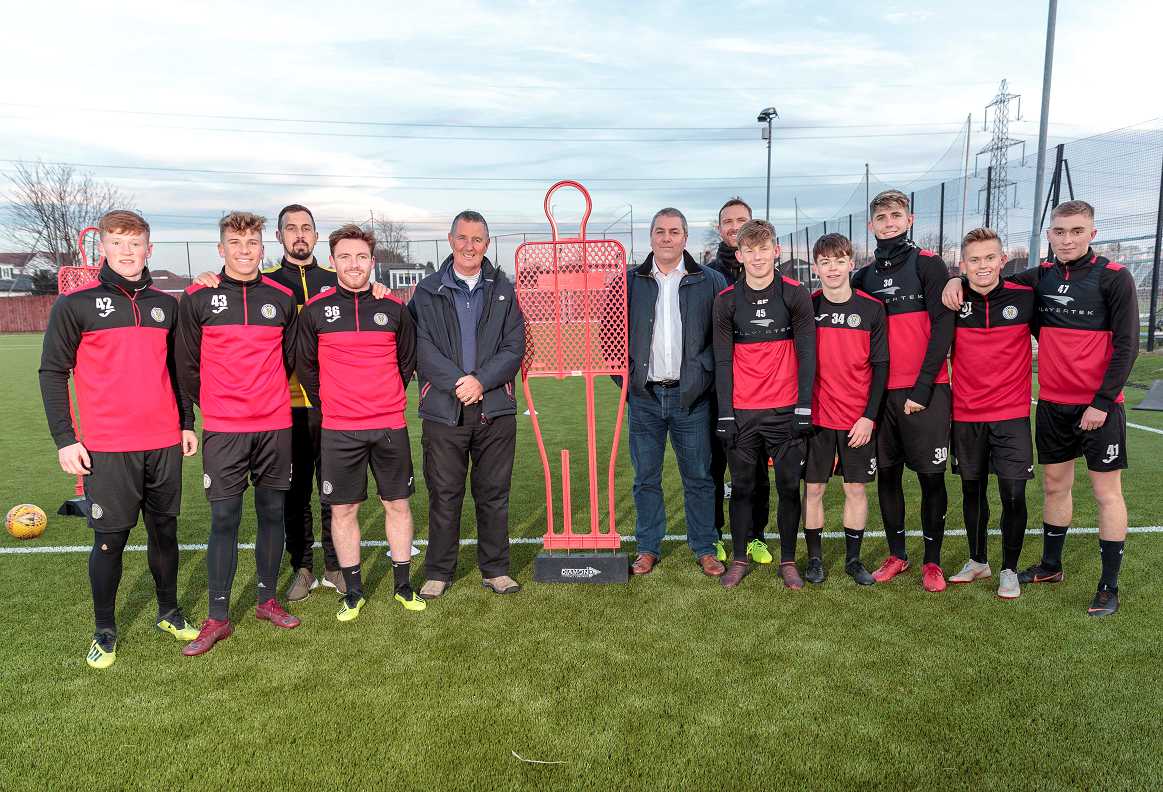 SMISA members have been thanked for their contribution to help St Mirren develop the next generation of John McGinns and Lewis Morgans by the club’s academy director.

Our members agreed to invest £50,000 towards relaying the 4G astrograss surface at the club’s training ground at Ralston – massively improving the facilities for first team and young players alike.

And the club’s head of youth Allan McManus has sent a special video message for SMISA members in which he talks about the difference the new surface will make – not just in terms of the quality of facility, but in allowing the club’s youth teams to develop an attractive style of play.

In it, he said: “We are delighted with the help and investment from SMISA. It’s a massive improvement on the facility we had previously and something that’s been needed to be upgraded for a while.

“The first team are using it, as are the reserves and the academy players and over the long term it will improve the standard of player at this football club.”

SMISA’s investment in the pitch made up around one-third of the total, and comes on the back of other investment in academy equipment over the years. As part of the deal, SMISA will be the main sponsor of the youth academy – meaning we feature on new signage around the complex.

The £50,000 will be paid up over two years from the members £2 pot – the first of its kind in Scotland and an initiative designed to allow SMISA members to invest in the future of the club while they save up to buy the majority shareholding.

SMISA members will get the chance to see the new pitch for themselves with an open day for our members planned as part of the club’s play on the pitch day on February 3.

Allan has also filmed longer video for the club’s channels in which he talks in more detail about the ongoing work of the academy.

The picture at the top of the page shows SMISA's Kenny Docherty and David Riley with Allan McManus, youth coach Andy Webster, and some of the club's under-20 team on the new pitch. Picture was taken by Allan Picken.