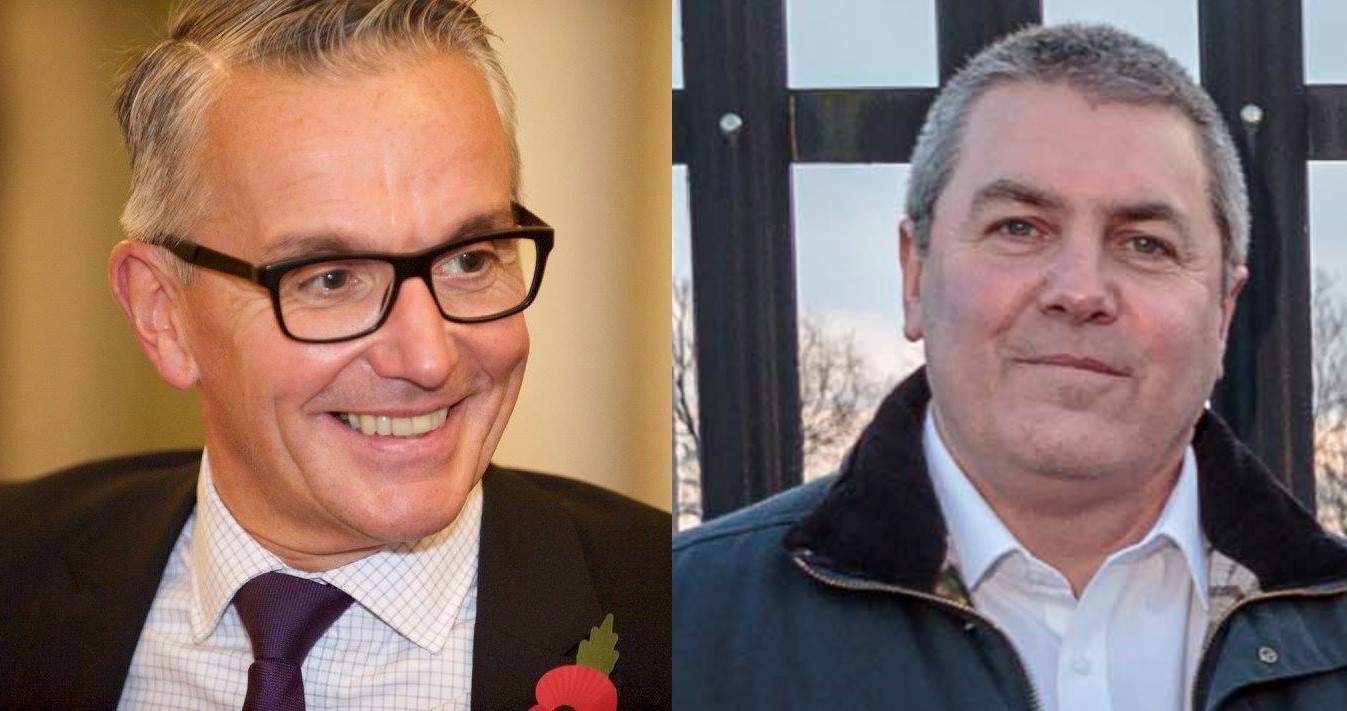 In the first of what we plan to be a regular series, SMISA's two directors on the club board provide an update for members on a range of issues...

John - you are SMISA’s newest addition to the board. Can you tell the members a bit about your own background, and how you’ve found your first few months in the job?

JOHN: Sure, I retired from full time work in 2017 after almost 40 years working for RBS, starting in the former branch in the Piazza straight from school. During that time I was lucky enough to work in a variety of roles so I have a very broad set of skills and experience.

As well as working in the branches I was a relationship manager, worked on large projects, ran a large part of the back office across the UK, worked in audit and risk management and finally ended up working alongside the Bank of England following the financial crash in 2008 ensuring RBS was made safer and more secure for the future.

Since leaving the bank I’ve spent a lot more time on the golf course but I’ve also been building up a small set of voluntary and non-executive director positions. The chance to become a director of St Mirren fits perfectly with that and was an opportunity I felt I couldn’t let pass me by. I was never good enough to be a player so this is the next best thing!

It’s been a steep learning curve with the challenges facing us on and off the field from Covid. That said, I’m loving every minute of it. My primary role is to ensure the views of SMISA members are fully considered as part of the strategy and direction agreed for the club.

Allied to that I have tried to identify a couple of areas where I can work with those employed by the club to improve things. The topics of most interest to me are our digital/online offering and fan engagement. While great strides have been made by the club in recent years, I believe these are areas we could develop further.

David - you’ve been on the board for two years now. Can you tell us a bit about how the SMISA reps (which before John joined in the summer, were yourself and David Nicol) have been involved in club decisions, and how SMISA member views have been factored in?

DAVID:, I would like to express my thanks and gratitude to David Nicol for his excellent work in representing SMISA and its members prior to my arrival. He also provided support and guidance to me in my first few weeks and months which was very much appreciated.

From my very first board meeting I have been fully involved in all decisions taken. Where SMISA members have expressed views on a particular subject or issue they were presented to the board and considered in our decision. The other board members have always been interested in the thoughts and opinions of SMISA and its members and these form an integral part of the final decision.

It’s not always easy to balance the views of the majority with the best interests of the football club as a business. There have certainly been some decisions that needed to be taken with the head at the expense of the heart.

The impact of Covid-19 on the club this year has been significant and it is thanks to the incredible support of our fans that we have been able to continue to work towards improvements in areas identified from member feedback, either individually or via the recent SMISA member survey.

Ultimately we all want to see a successful team on the pitch, playing exciting football, and a top-class academy producing the next generation of first-team talent. Every decision we make is taking us a step closer to these goals. Some changes have already been implemented but there are more to come, delayed only by existing contractual obligations and/or Covid restrictions.

The club board recently chose to offer the naming rights to the stadium to SMISA. Can you tell us how that came about and why the board wanted to thank SMISA members in this way?

JOHN: The stadium-naming was a suggestion from Jim Gillespie (one of the two Kibble board reps). The previous commercial arrangement had come to an end and, being a big advocate of fan ownership, Jim thought it would be a good way to thank the fans who’ve made such a huge contribution towards the change in ownership, and the rest of the board agreed.

The timing also fits well with the countdown to the transfer of shares which Gordon Scott has agreed will take place, ahead of schedule, next summer.

The SMISA board were asked to come up with a name and chose The SMISA Stadium, which recognise the contribution of SMISA’s members but also to maximise the publicity for the transfer of ownership that is about to take place.

The club board were also pleased to give SMISA’s members the chance to choose next season’s strips, which is something David and myself had suggested, and there was a great reaction to the recent online vote.

While the winning designs will be kept under wraps until the summer, we look forward to seeing the team running out in a design chosen by the members – and the fact the strips will be the choice of the fans means it’ll hopefully be one they’ll want to wear too!

The club saw major changes early this year with the addition of Kibble to the club’s ownership structure. How have you found working with them? What difference have they made to St Mirren so far and what else can they add in future?

DAVID: The changes have been very smooth and Kibble have brought additional skills and resources aimed at making St Mirren more professional and maximising the commercial return from all aspects of the club’s operation – ultimately providing more investment for the playing squad.

It is unfortunate Covid took hold so quickly after our deal with Kibble was approved in February. If not for that, their impact would be far more visible but the support they have offered the club has made a significant impact behind the scenes in the meantime.

Existing staff at the club now have the support of Kibble’s expertise in admin, catering, IT, marketing, graphic design, PR and more. An example of the last three in practice is the Be in That Number campaign to help promote season tickets over the summer, which had a really strong presence online and on billboards around the town.

They have also helped deliver significant improvements to the building maintenance and infrastructure of the youth academy at Ralston, through staff time and resources. These were all the type of things Kibble promised at the SMISA members' meeting in January.

One individual who has made a big difference is David Jamieson, the club’s new general manager. David brings a wealth of experience, expertise and fresh ideas in a number of areas, as well as an extra pair of hands to support Tony Fitzpatrick to run the club as chief executive.

At board level, we are working closely with Kibble’s board reps – Jim Gillespie and Mark Macmillan – to ensure a strong long-term relationship is developed that will lead us into a successful and exciting fan-owned future for our club.

Finally, there’s been a few big, and unprecedented challenges for the club in recent months...not having fans in games has impacted on income, and there’s been some well-publicised issues with Covid. What can you tell SMISA members about the work going on behind the scenes to deal with all of that and get things right on and off the pitch?

JOHN: It’s been a frustrating season so far, for various reasons. Covid has brought many restrictions to the way we do things, with additional costs and reduced income.

To mitigate that, the board acted very quickly over the summer to ensure we understood the impact on budgets and made decisions aimed at ensuring we will be able to ride out the storm in good shape, even if we don’t have fans back during the season.

However a key factor in being able to manage the financial impact was the massive contribution made by our fans who bought season tickets in such great numbers. We are really indebted to every one of you.

There was some media coverage of late around potential issues raised in the club's annual audit which myself, David and the rest of the board are looking into. We can't say any more while that remains ongoing but we expect the club will be able to give fans an update on the resolution to those issues in the near future. Members can be reassured the club remains in a healthy financial position.

Clearly the fact there was a Covid outbreak at the club earlier this year was far from ideal. As a board we looked closely at how the club’s procedures could be improved to stop that happening again. The appointments of Brian Docherty and Kevin Pollock will help ensure the risk of any further outbreaks are minimised.

The club has now appealed the severity of the sanctions imposed by the SPFL. We are unable to comment on that any further at this stage – but the club will update fans on the outcome of that when they are able to.

In terms of the team, we are all fans on the board too so we feel the same ups and downs. Form had undoubtedly faltered for a spell in the autumn but the management team worked very hard to turn that around, and results and performances have been much better of late, culminating in this week's fantastic Betfred Cup win over Rangers. We are now feeling confident the team will be able to push on up the league and reach a position that matches the quality of squad we feel we now have.