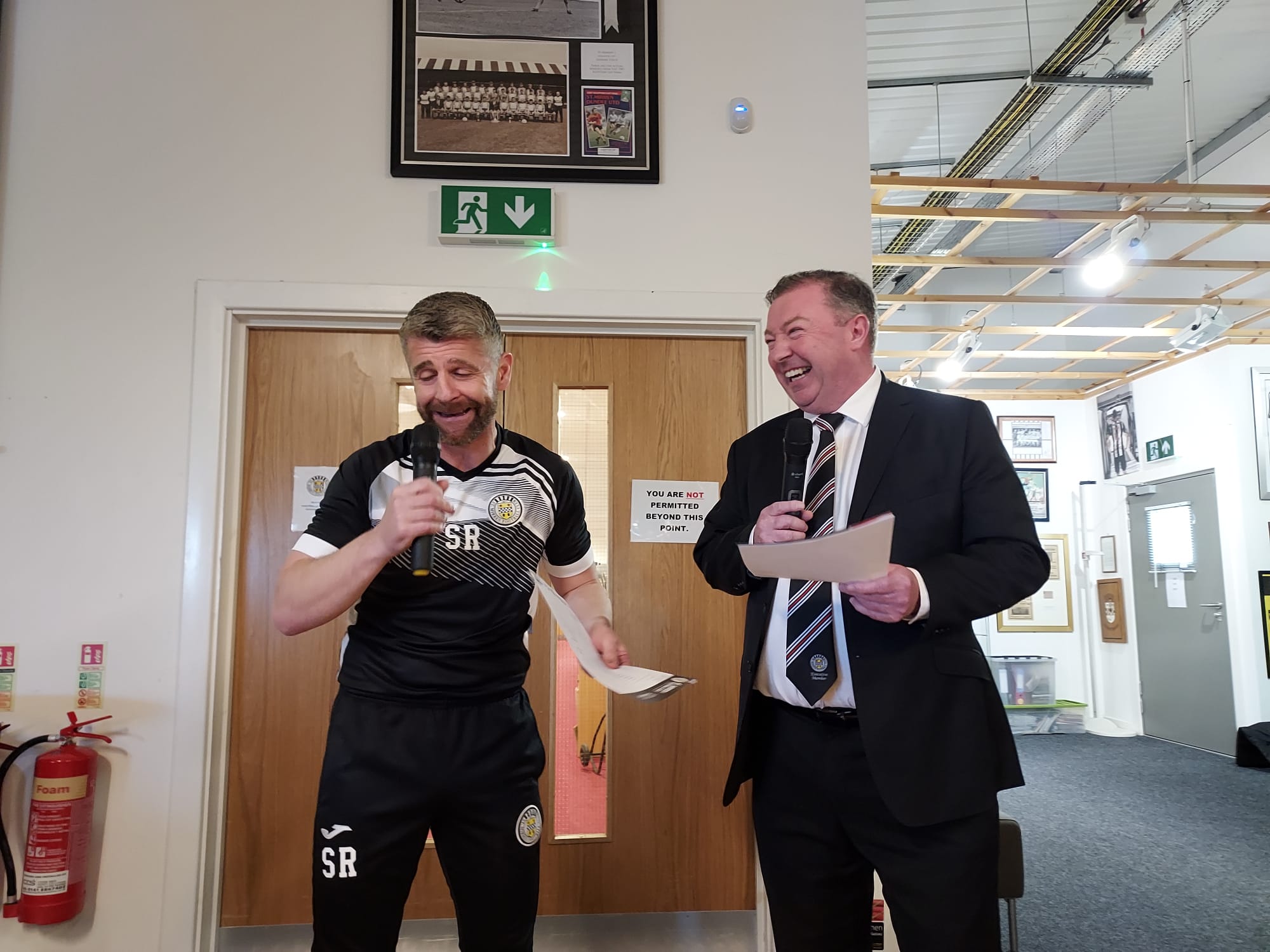 Alan Wardrop to step down as St Mirren director

Alan Wardrop, one of SMISA’s four representatives on the St Mirren board, has decided to stand down as a club director.

Alan was asked to join the board in July 2016 by then chairman Gordon Scott shortly after he concluded his takeover, in conjunction with SMISA, to buy the club.

The lifelong Buddie then got to savour the Championship-winning celebrations in 2018 when former boss Jack Ross led the team into the Premiership.

Alan’s brilliant photo of ex-captain Stephen McGinn waiting to go down the tunnel to lift the trophy quickly became a fans’ favourite.

The picture was then immortalised in stone when SMISA commissioned local artist Mark Worst to produce six murals of trophy-winning moments in the club’s history that are now dotted around the concourses of the SMISA stadium.

When SMISA then became majority shareholders of the club in July 2021, we asked Alan to remain on the St Mirren board as one of our representatives and he willingly agreed.

Alan also had the brainwave to create the 1877 Club in the void in the Main Stand and oversaw the project from start to finish. He is now the proud matchday host, welcoming in managers, coaches and players before and after each game.

Many of the items in the mini-museum inside the club come from Alan’s vast personal collection of St Mirren memorabilia.

The recently-retired financial advisor will formally step down as a director on November 19 and everyone at SMISA would like to thank him for all his time and effort on the board, both before and after he agreed to become one of our representatives. Everything he ever did was undoubtedly with the best interests of St Mirren at heart.

Alan confirmed: “After six and a half years on the board, it is with a heavy heart that I have made the very difficult decision to stand down as a St Mirren director.

“I remain and always will be a St Mirren man and will continue to support our club as best I can in the future.

“As a long time SMISA member I would like to express my sincere thanks to SMISA for their endorsement and support.

“I would also like to thank former chairman Gordon Scott for his original invitation to join the board which fulfilled a lifetime ambition and made an ordinary supporter and his family very proud.”