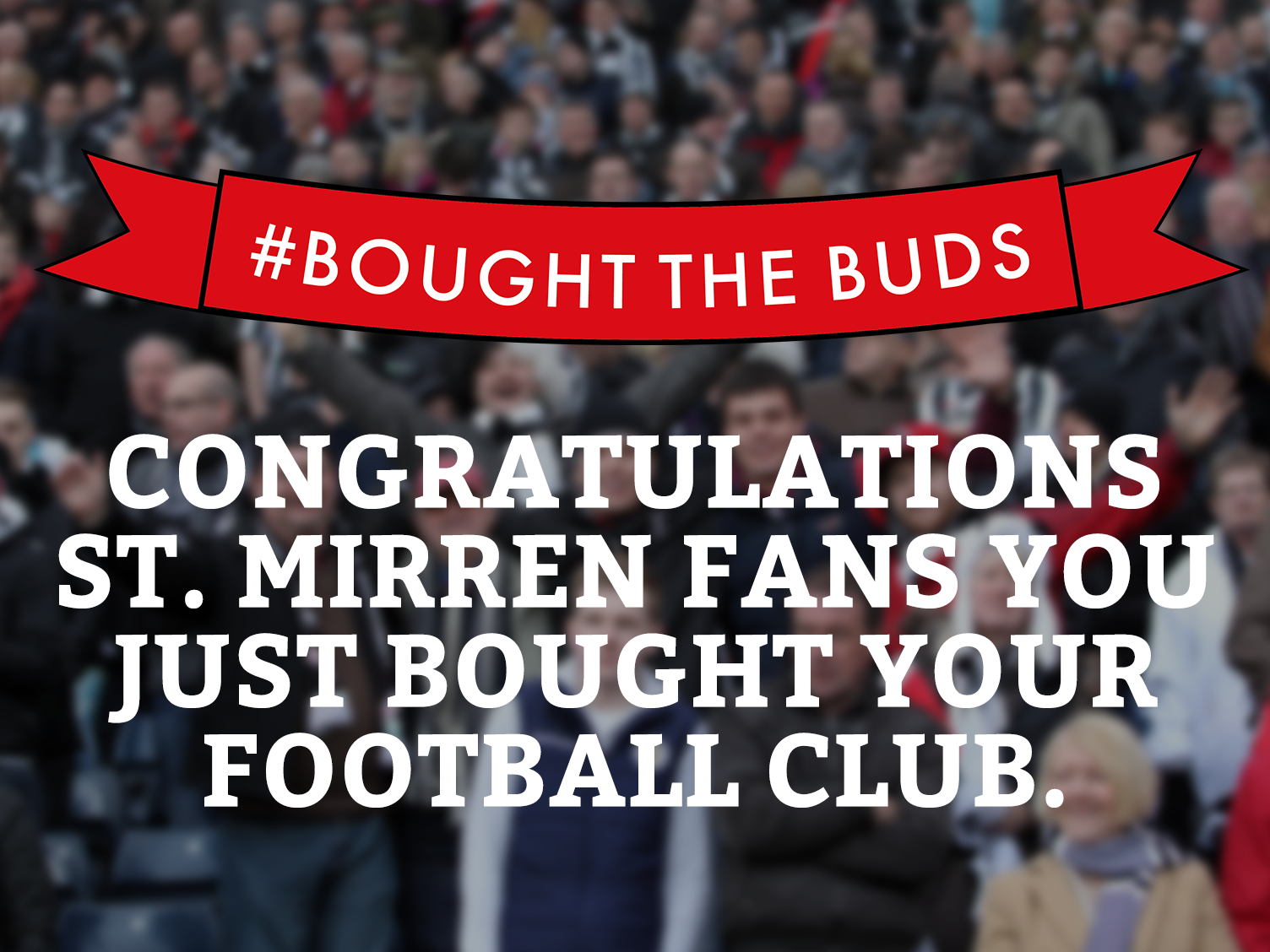 We are delighted to announce that the legal formalities around SMISA’s joint offer for a majority shareholding in the club with Gordon Scott were concluded earlier today, meaning the trust is now the proud part-owner of St Mirren FC.

This means 21 July 2016 can go down as a landmark moment in St Mirren’s long and proud history – today saw the right to decide what happens with our club pass into the hands of the people who care about it most...you.

For those of us on the committee, the past year has involved an incredible amount of work and we are both proud and delighted to have finally seen the deal over the line.

Again, we want to thank the 1,300 of you who signed up to #BuyTheBuds, as without that show of support we would not have been able to make history today.

We appreciate there will be few questions about what will happen next, and hopefully these will be answered below...

With the deal completed, Gordon now owns a 50.1% stake in the club, while SMISA own 28%. Crucially, SMISA now has the option to buy the shares Gordon buys now at the price he pays now within the next ten years, and thus achieve majority fan ownership of the club.

Five of the six members of the current board will now step down and we want to pay tribute to them for all they have done for the club over the years, as they can be justifiably proud of their legacy.

Four new directors will be appointed and the new board will include Gordon (as the new chairman), club chief exec Tony Fitzpatrick, and financial advisor Alan Wardrop, while current club director and company secretary Chris Stewart will stay in place.

Gordon has also asked SMISA board member David Nicol to join him as the temporary trust representative on the St Mirren board for the next few months.

The SMISA committee will use that time to finalise a procedure for members to elect one of their own to serve as their voice in the St Mirren boardroom.

At the same time, we have already started work on a procedure through which our members can vote to choose how the £2 portion of their monthly membership will be spent on the club. Once we have firmed up arrangements for both of these issues, we will put the details before members.

We are also working on plans for a fan party to take place in a town centre venue after the Morton game on Saturday 6 August to help usher in the new era, with details of that to be announced soon.

Once again, thank you all for your support and we look forward to writing the next chapter in the history of our club together.