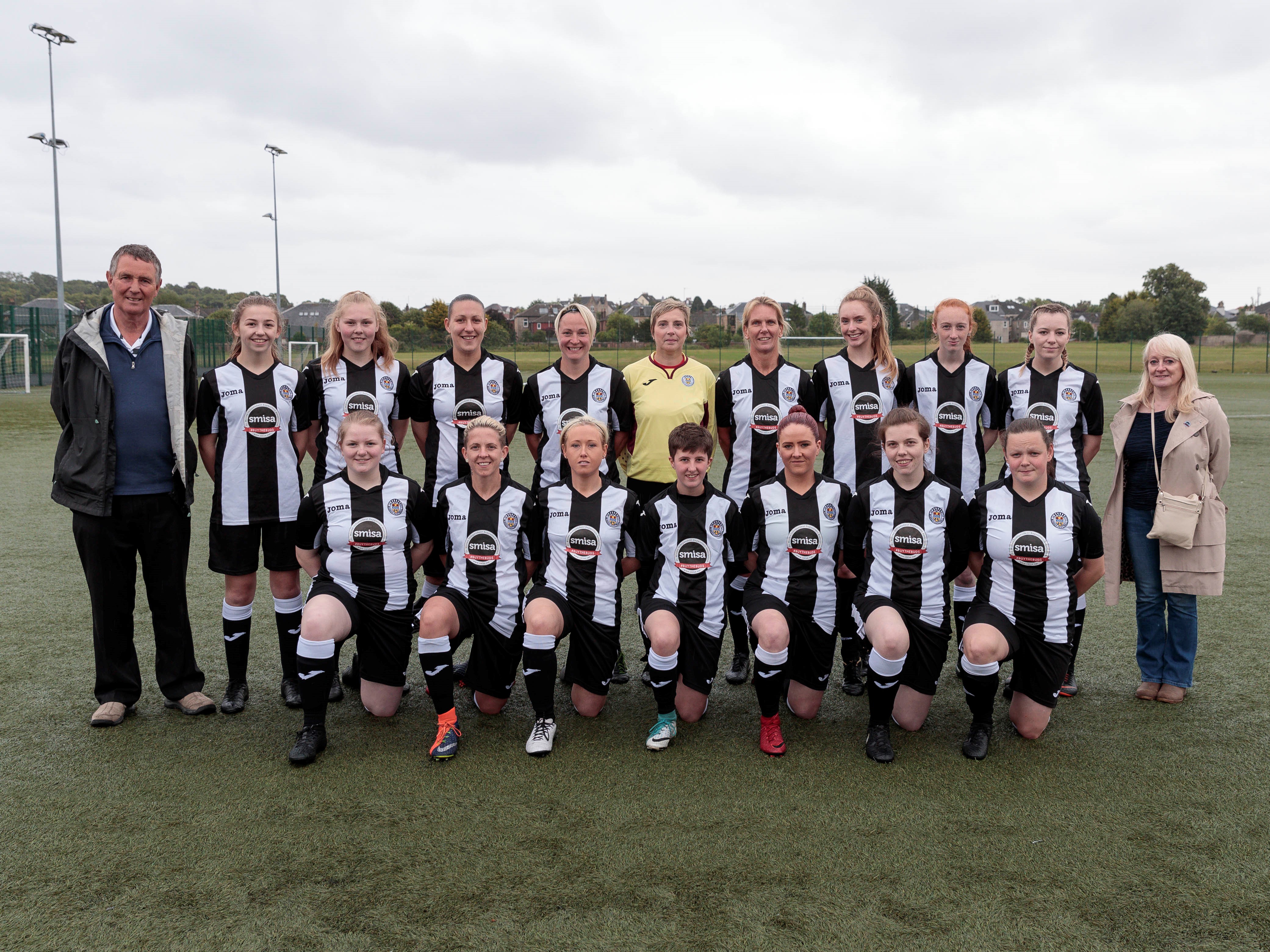 The newest additions to the St Mirren family have thanked SMISA members for kitting them out.

St Mirren Ladies FC are halfway through their first season, having played their first games at the start of the year.

And – thanks to £2,055 made available through the January vote for SMISA’s £2 pot – they have been kitted out in Joma-branded kits (the same as the men’s team) with a SMISA logo.

The funding also paid for other teamwear, training equipment, coaches kit, and the team’s registration fees for the season.

SMISA members vote every three months on where to spend the £2 portions of their monthly membership, with the £10s going into a pot which will be saved up to buy Gordon Scott’s majority shareholding and take the club into majority fan ownership.

The £2 pot is aimed at allowing our members to invest in and grow the club and its links with the community while we save up, and we felt this project was a great example of how we can do that.

The team took time out from a recent training session to show off the strips. – and were joined by SMISA’s Janette Swanson and Kenny Docherty, for the photos, taken by St Mirren photographer Allan Picken

Head coach Kate Cooper said: "The financial support provided by SMiSA has been instrumental in developing the women's team by providing the players and staff with quality kit, and making them feel part of the St Mirren football family.

“It was important for the women's team to be identified and wearing the St Mirren brand as we train in the heart of the community of Paisley at Seedhill Sports Centre.

“It's important the people of Paisley see us in the community, know we are there and that the players are positive role models in terms of promoting the club, the St Mirren football family and also encouraging more girls in to football and sport in general.

“Therefore the support from SMiSA has been invaluable in helping the women's team become not only visible in the community but enabling them to establish themselves within the Paisley community.”

The ladies currently sit sixth in the second division west. This is the first year of playing as a team. Some of the ladies are just starting off, having had no previous coaching. The age ranges between 16-51.

The women’s season runs from March to October with a four-week summer break in July to allow the girls a holiday as most are either attending further education/university or working full time. They train four times a week, which includes Tuesday and Thursday evenings at Seedhill and two gym sessions.

Our thanks go to Allan Picken for his help with photography.