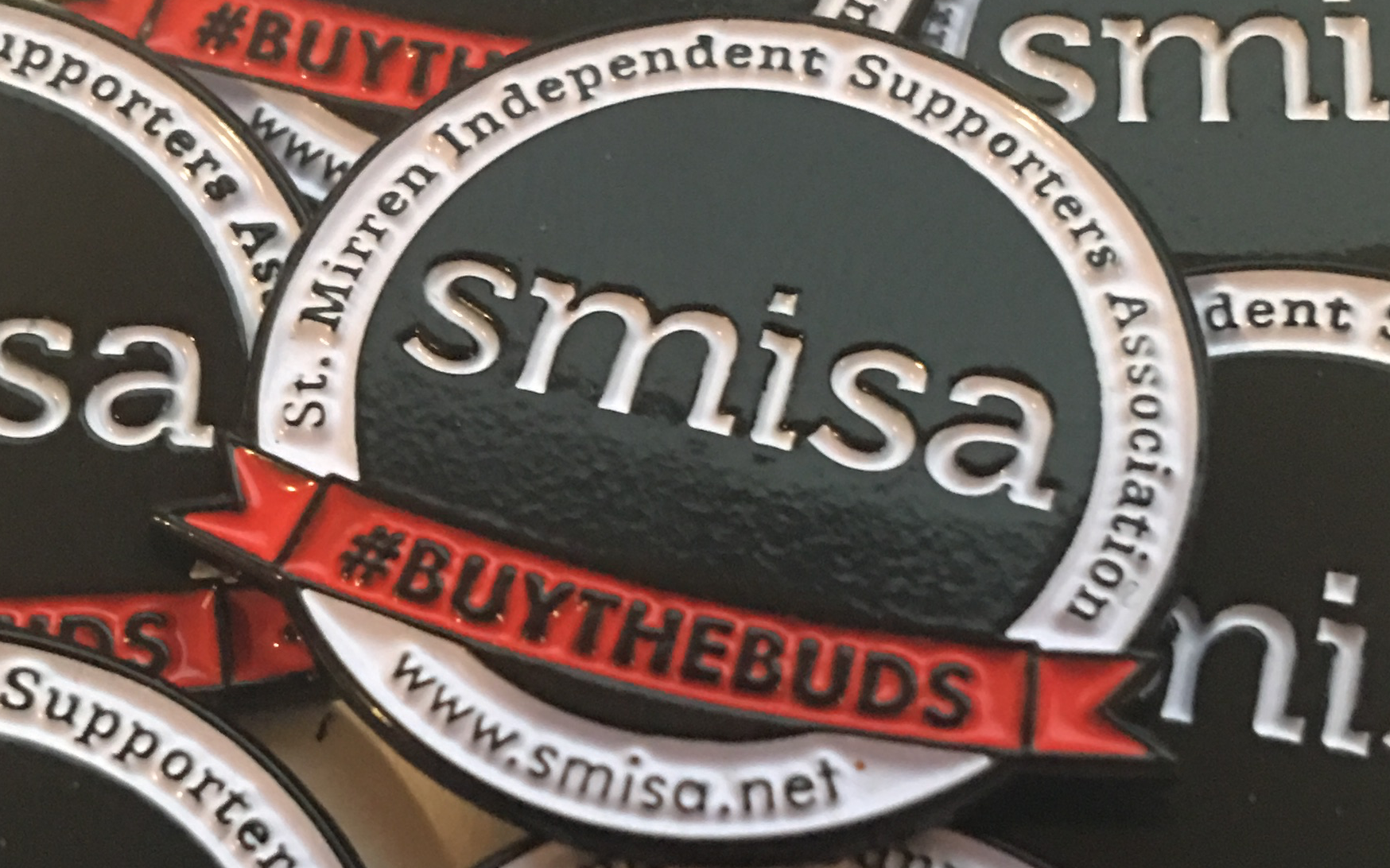 This month saw SMISA pass a major milestone in the #BuyTheBuds campaign – and one achieved in a way we never thought possible when we set off on the fan ownership journey.

When ourselves and Gordon Scott agreed the deal to buy the majority shareholding in St Mirren from the selling consortium in June 2016, SMISA had two years to pay our £380,000 part of that purchase.

At the time we thought the only way we could manage this was by taking out a loan – to be paid back using member income. But with our membership numbers going much higher than the 1,000 we based our initial cash projections on, that picture started to change.

This month we made the final payment to the former directors – and are proud to say this has been done in full, entirely through member income, without a penny of borrowing.

This was only possible because of the continued commitment of you, the members – your support has put us further ahead than we thought we’d be at this stage.

Member numbers peaked at 1,374 in summer 2016 then dropped below 1,300 after the first year (we budgeted for a 10% drop-off in year one on the advice of other fan groups we consulted with).

But with a current membership of 1,264 we are at the same level as at the start of 2018 – and numbers have risen since the spring, with a few of you joining or re-joining in the past two months.

With the former directors now paid off in full, the next stage is for us to save up the £615,000 needed to buy Gordon’s majority shareholding, which we have until 2026 to do. Of course for the end goal of majority fan ownership to be achieved, we need you to stay with us until then.

As pleased as we are with how things are going, the committee are working on a number of initiatives aimed at attracting more new members.

While we build up the share purchase pot, we will continue to invest in and grow the club through the £2 pot, an original idea of ours described by Supporters Direct as ‘brilliant’ and ‘one of a kind’.

The more members we have, the greater SMISA’s ability to do that. We’ve achieved a lot over the past two years. Below is a list of what your membership made possible:

- the first-ever election to the St Mirren board of a fan representative. David Nicol continues to work hard as your voice in the boardroom and can be contacted on [email protected];

- part-funded the wheelchair platform in the main stand, giving St Mirren some of the best disabled facilities in Scotland;

- boosted the first-team budget in the dark days of January 2017 and helped fuel the incredible resurgence that sent us on our way to the Premier League;

- funded a community season ticket scheme which last season saw us bring hundreds of members of local community groups into the club and which will run again this year (see below);

- supported the next generation of players by committing £50,000 to fund a one-third share of the new astrograss surface at Ralston, and sponsored the youth academy for the next two years;

- PLUS we helped the new St Mirren Ladies team set up, and sponsored their strips, part-funded pre-match entertainment to bring more young fans to games, sponsored a local youth football team, ran a series of fan events, funded and distributed two editions of The Saint newspaper, and helped set up a volunteer squad who have cleaned the stadium and helped with repairs at Ralston.

We are proud of those achievements and hope you are too – we want to do more of the above in future. If you know other fans you haven’t yet joined, they can do so now via our website.