General SMiSA News 22 April 2013
As you can tell the SMiSA website is sporting a very different, new and improved look!  Our new site went online last night and the thanks for this has to go to David 'Div' MacDonald who has done a fantastic job of bringing the website back up to current web standards.  Everyone at SMiSA would like to thank him for his sterling work which he has very generously agreed to provide at no cost to the association.
David owns his own, locally based, web design & IT services company, BigFrontDoor.com. They are specialists in the provision of website design, e-commerce, web hosting, search engine optimisation, cloud based applications and IT support services, having over 14 years of experience in this field, and SMiSA would like to take the opportunity to highly recommend their services.

SMiSA Player of the Year Event

SMiSA in association with a number of the Travel Clubs, Supporters Groups and Fans Websites are holding a St.Mirren Player of the Year event after the Aberdeen game on Saturday 11th May 2013. 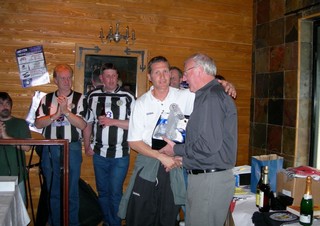 Saints fans of all ages are welcome at the event which is being held at the University of the West of Scotland Student Union in Storie Street, Paisley from 5.15pm to 7.30pm. Entry is by ticket only and the tickets for this event will be on sale from the St Mirren Park Club Shop from 1.00pm onwards this Saturday prior to the Dundee game. Tickets are £2.00 each and all funds raised will go towards sponsorship of a player in next seasons match-day programme.

If any supporters group wishes to make a presentation at the event please contact SMiSA at [email protected] by the 1st May with your details and we will get in touch with you.

An Open Letter From The Sons Trust 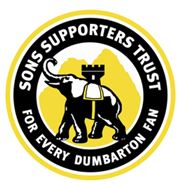 The following is an open letter from the Sons' Trust (Dumbarton FC Supporters Trust) to other Scottish Supporters Trusts dated Thursday April 11th on League Reconstruction.  The SMiSA committee members feel that it covers what many St Mirren fans feel on the subject, and is in line with what our members expressed on the 12-12-18 proposals at our trust's AGM.  While the aforementioned proposals were voted down by both St Mirren and Ross County at this week's SPL board meeting and now will not take place, there is still a clear desire for change on the part of fans, with bigger leagues and a reduction of fixture repetition the common ground for the majority of supporters despite what has been offered from the governing bodies.  Therefore we present the letter here:

AN OPEN LETTER ABOUT LEAGUE RECONSTRUCTION

Next week SPL clubs vote on key changes in the way Scottish football is run and structured. Fans at all clubs have made their views overwhelmingly and repeatedly clear – they want larger divisions (not the 12-12-18 proposal presently on the table), fairer and more transparent finance, good governance and proper supporter representation and involvement in the running of the game at all levels.

Yet, once more, there is a danger that the views of those whose passion and money is indispensable to the flourishing of Scottish football will be ignored or sidelined. No other business could hope to survive in a good shape if it so systematically dismissed the wishes of its customer base by elevating short-term interests, narrow financial projections and political posturing above the need for genuine renovation and renewal. Unless this lesson is finally learned, the future looks dim.

At present there is obvious and deep division among both SPL and SFL clubs over league reconstruction. If 12-12-18 is pushed through, it will only be through arm-twisting and backroom deals, because in reality there is no agreement.

The desirable outcome next week would be for Scottish clubs to resolve together to seek a better formula for season 2014/15, rather than risking further conflict and divisiveness by railroading through a flawed plan that will only need to be unravelled and recast a few years hence.

SFL clubs had earlier put forward a constructive 16-10-16 proposal, which largely chimed with the carefully argued 16-16-10 proposition in the alternative fans’ plan first put out through Supporters Direct Scotland and then developed and published by FansFirst Scotland. There is a sound football and business case for this, which seems to have been dismissed far too readily as a result of fixation on smaller divisions, assumptions based on existing approaches which have not worked, and consequent lack of innovative thinking.

We understand the frustration that has built up, throughout the game and in the media, over the time it has taken to get reform proposals to table. But taking a bad decision in the name of avoiding more delay, while effectively ignoring key findings of the McLeish Report and the manifest outcomes of the National Football Survey, would be to squander a historic opportunity for deeper change while further imperilling the future of the Scottish game.

Taking a further season to discuss a workable league structure for all (which should also include greater detail of a viable pyramid system) will enable supporters’ organisations to be properly engaged in the process. It will also help put current disagreements between clubs in the context of a larger vision for Scottish football as a whole – not just the largest and most vocal interests.

Meanwhile, we hope that plans to unify the game’s governing bodies, together with proposals to ensure a better distribution of resources, financial transparency and good governance might move forward more quickly. This must be done, however, on the basis of proper financial disclosure to all parties for decision-making purposes, and with voting systems and a constitution that does not put power in the hands of the few and too readily act as a brake on future change.

SMiSA are now accepting nominations for their St. Mirren Player of the Year award of the 2012-2013 season.

Nominations can be made by anyone with an email address, whether they are SMiSA members or not.  Nominations should be sent here, clearly stating both your name and the name of the player that you wish to nominate.

We will accept nominations received up until 8pm on the closing date of Wednesday, May 1st, when the vote will close and the winner announced a short time after.

Please only send one nomination per email address, multiple nominations from the same address WILL NOT be counted.

League Reconstruction - Statement from The Board

SMiSA would like to thank all of the trust members who turned up for last Sunday's AGM at the Wynd Centre.  A very productive discussion was had with those in attendance and a summary of the meeting and our plan for moving forward will be posted out to the membership in due course.  We would once again like to take the opportunity to to thank all of our members for their continued support at this time and recognise their dedication to St Mirren.

SMiSA would like to remind all of our members that the trust's AGM will take place on Sunday, 31st March 2013, in The Wynd Centre Auditorium, School Wynd, Paisley at 3.15pm (following the St Mirren vs Celtic match, kickoff 12:45).  All members should have received via post information pertaining to the meeting, a copy of the trust's accounts and a voting form to be returned.  If any member has not received this, please let us know via email.

We at the trust would also like to stress to our members the importance of attending this meeting if at all possible as there are a number of key issues to discuss which will have a bearing on the future direction of the trust and its organisation as stated in the post out.

Members are free to bring a guest to the AGM if they wish, but we would ask that they please inform trust secretary Wullie Bell via email if they intend to do so.

In closing, we would also at this time like to thank all our members for their continued support of both the trust & St Mirren, and hope all Buddies will be celebrating a great victory for St Mirren this Sunday 17th March, in the League Cup Final!

SMiSA will be hosting a Question and Answer Evening with Danny Lennon, Tommy Craig and a senior player in the Hospitality Suite at St Mirren Park on Thursday 15th November. The evening will start at 7pm prompt and will finish by 9pm. The cost of entry is by way of a small donation to Youth Development.

It would be appreciated if everyone could be seated by 6.45pm.